As co-creator and producer I’m involved in every little detail when it comes to Space Beers. But, although Space Beers is on my mind on a daily basis, it’s easy to forget that is not the case for everybody else. So here goes, a new update beamed straight from the Space Beers universe.

A small side step
Maybe you already caught wind of this by either following myself, or co-creator and screenwriter Phil on any of our social media channels –

For the last few months we have been working on a short prologue for another (feature) film called The Occupant.

I bring this up because we are all very proud of the project, which will debut at festivals starting from this July. But more importantly because a large part of the production team involved with this short is also involved with Space Beers. So although we have been taking everybody behind the scenes of the development of Space Beers, The Occupant short is actually our first opportunity to showcase what we as a team can do when it comes to live-action filmmaking. Curious? Take a look at our trailer!


Back to our goal…
With The Occupant short wrapped and premiering shortly, most of the team has now returned to work on Space Beers. Development is progressing at a rock-steady pace. We know what our goals are and we will reach them. The question is when, not if. Film financing is an extremely tricky business, and although Space Beers started out as just a short film, it has grown into something much bigger, opening up doors to opportunities we would have never imagined in the early days. For example, brewing actual beers and preparing to introduce a card game. Our brand is really starting to take shape, and from myself and the team, I want to thank you for sticking with us on this incredible journey.

I’ll now hand this update over to Phil, whom already wrote a beautiful post with further details.

Space and time. You can’t have one without the other. Another classic combo? Beer and cards! Alright, alright, reality probably won’t collapse in on itself if you don’t pair them up, but seriously, if there’s even a small chance, why would you risk it? That’s the question/fear that’s been bugging us at Space Beers HQ, so rather than risk the destruction of all reality, we decided to create a Space Beers card game (you’re very welcome, reality!).

About the card game…
Some time ago we tracked down (we don’t like the word “stalked”) a super talented game designer Jan-Maarten and convinced him to join team Space Beers. For several months he’s been busy building, breaking and testing, a Space Beers card game that ties into the continuity of our filmverse. Awesome, right? Yes, yes it is! We’re now in the final phase of testing, and if we don’t drive our game guru insane or discover any game-breaking gremlins, we’ll be pushing the card game into production this year.

Back in December, another team started to work on a card game based on the Space Beers universe. After months of tweaking the game finally entered the open testing phase last week. If everything goes well, we can start the design (look&feel) of the cards, characters and box soon. #scifi #aliens #cardgame #boardgames #tcg #boardgameart #animation #2danimation

Mild spoilers – it will feature amazing artwork by the same talented human who animated our Space Beers animation (Junaid Chundrigar), and the wordy-words, character descriptions and card stories will be written by our co-creator and writer (Philip M. Howe), who, weirdly, is the same person writing this update and talking in the 3rd person, which quite honestly is freaking me out a bit. But enough about him (me?!). Space Beers card game on the way. Earthlings rejoice! 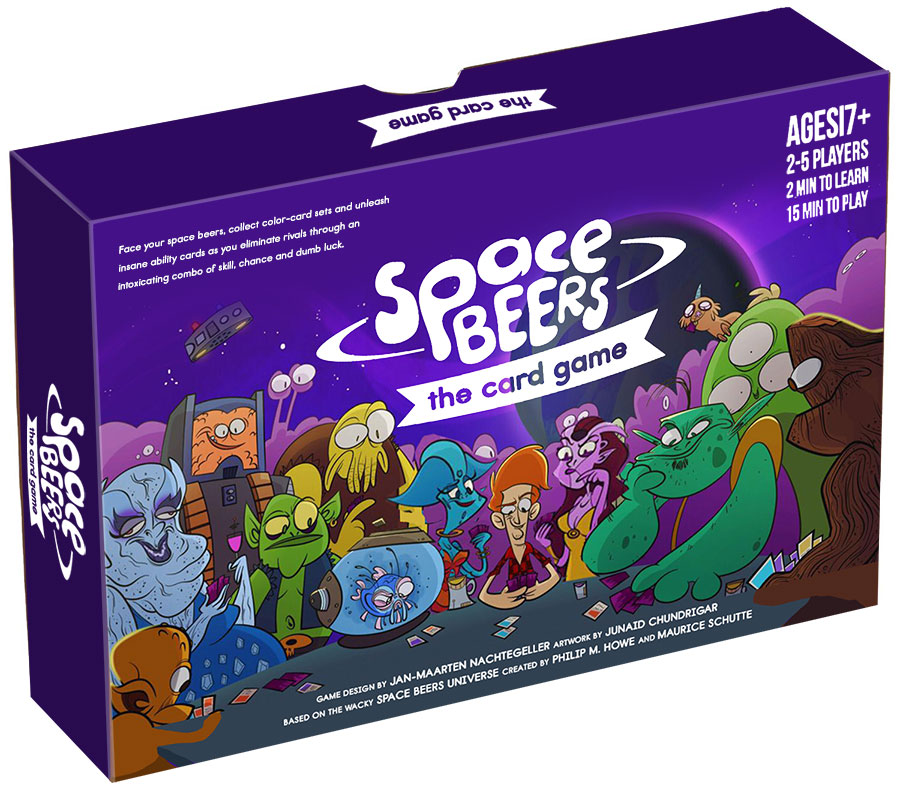 Concept rendering box art – The Card Game is expected to be released this fall.

Tokenized brand…
In January 2018 we decided to tokenize our brand and commit to decentralization. And although we set out to raise funds for a short, the tokens now embody all things Space Beers, including the beers and upcoming card game. 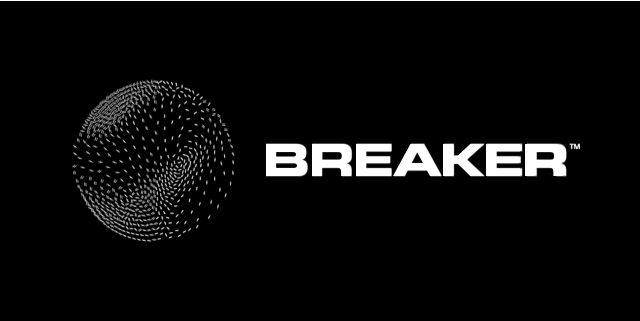 Our tokit campaign to raise additional money to shoot our short live-action film will soon draw to a close. If you want to be a part of it and help, there’s still time. Follow > this < link for more info. Every penny really, really makes a difference.

Beer we go again…
Have you ever tried delivering bottles of beer to the other side of the universe? Trust us, it’s a logistical nightmare and the space pirates are the least of our problems. Glass, it turns out, is quite fragile, and nothing upsets us more than getting a call from a distraught, crying alien fan hundreds of thousands of light years away who just took delivery of a box of beer soaked broken glass. So guess what we did? That’s right, we canned our beer! Our latest batch is exclusively available in cans (so shiny!), which travel better in space freighters. Phew. Crisis averted. Alien super fans cry no more.

Spreading the word!
Saving the best for last, our other co-creator and producer of all things Space Beers (Maurice Schutte) has been doing a fantastic job talking Space Beers and blockchain at various venues in Europe this year. If you get a chance to see him in action, do it (motivation: he tends to bring free beers along with him. Just sayin’). Did you know you could actually just book a call with him and brainstorm? Surf over to his Pick My Brain profile page.

Last Friday our co-creator and producer took to the stage at TNW Conference to talk about how blockchain will enpower content creators. We #tokenized our IP last year and have been pioneering ever since. Exciting times are around to corner! #filmmaking via #blockchain pic.twitter.com/8T8ZXj9Zv0